(See previous posts for what this tour is about.) (As always, click on photos to enlarge or play movie.)

Happy Mother’s Day to all.

Today we leave our wonderful visit in Halle, Germany and head for Berlin. 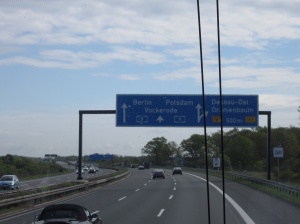 On the autobahn we stop at a very fancy truck stop run by a Swiss company called Marche’. It’s only a coffee break for us but the food looks beautiful. Too bad it wasn’t lunchtime. 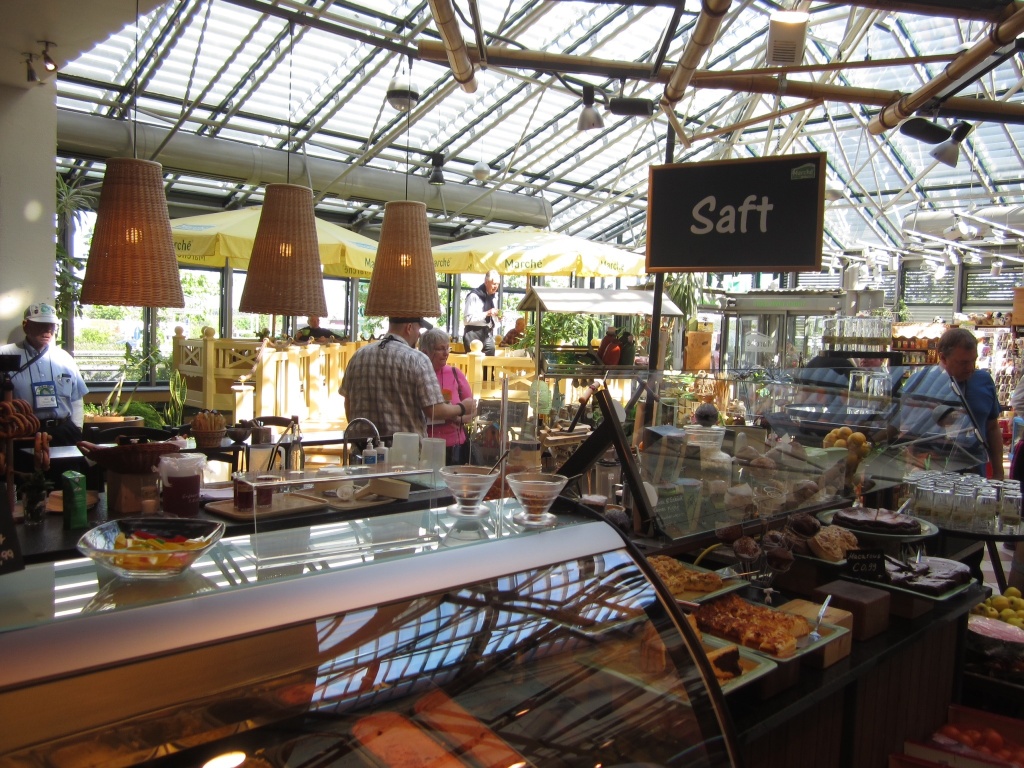 On to Potsdam we make our way to Schloss Sanssouci, the small palace preferred by Frederick the Great to the huge New Palace. (There is a lot of history in those previous links. Have fun.)

It is Sunday and some move slower than others. 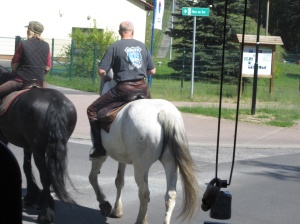 The sun is out and the clouds are beautiful as we walk around. We have time to browse the exterior and the gardens, and have lunch. 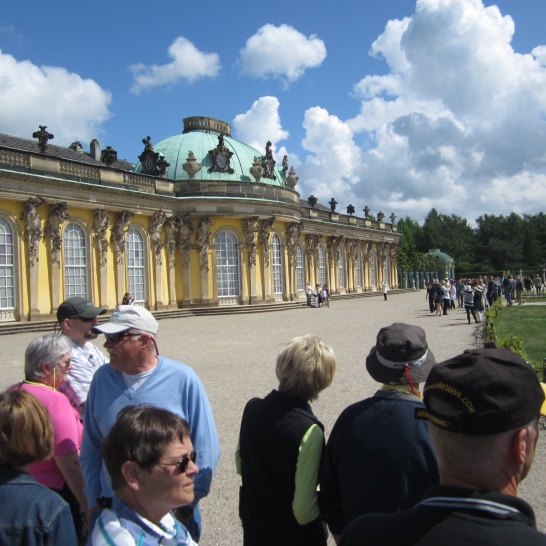 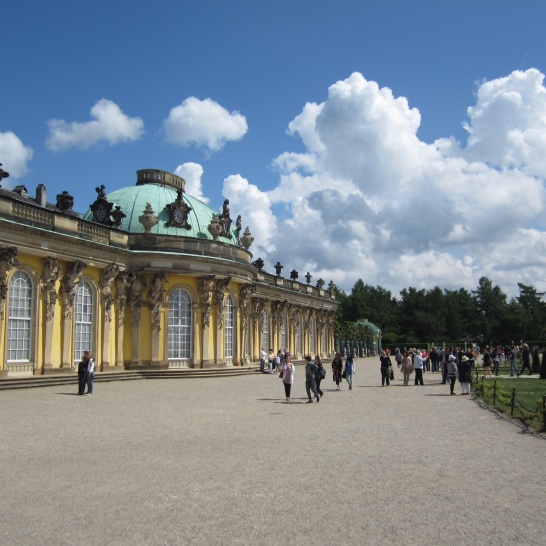 .
(This video has been loading slowly. Hopefully it is just my hotel internet connection.) 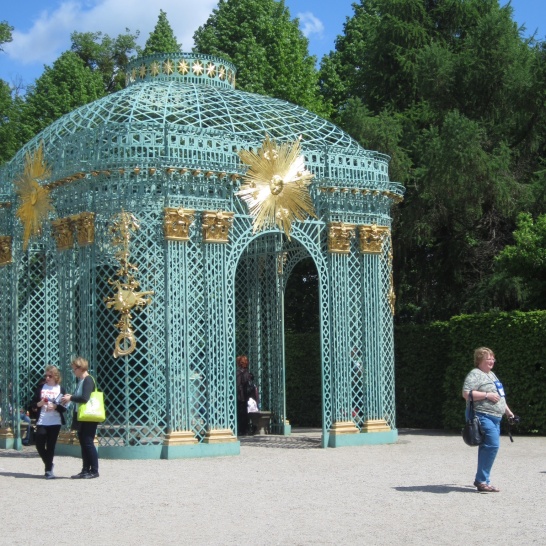 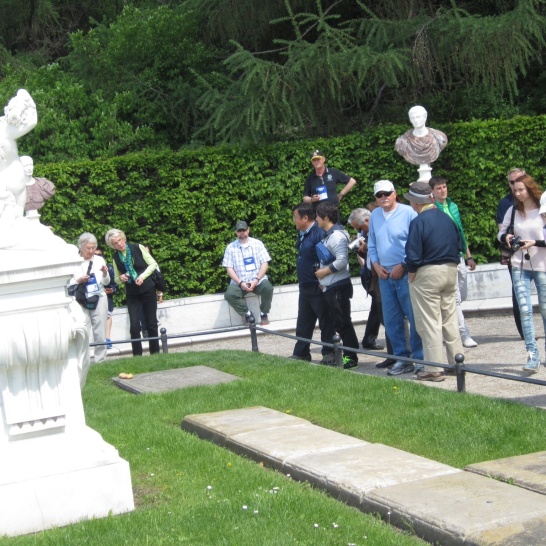 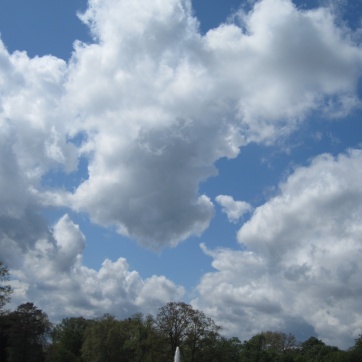 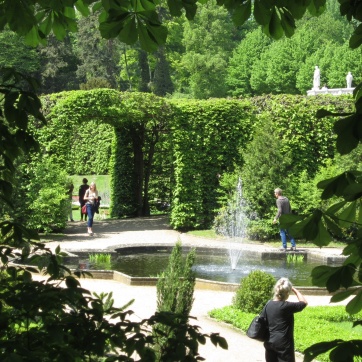 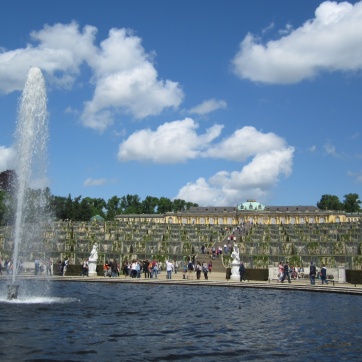 We leave Sanssouci and head to the Wannsee (Wann-lake) to the site of the 20 Jan. 1945 Nazi conference to determine the ‘final solution’ for the Holocaust. It is now a Holocaust Museum with detailed explanations of its roots and history. It is not pleasant viewing, but it is necessary. Except that you know it happened, it defies the imagination that ‘human’ beings could do that to others. As one of our Dutch presenters said, so many days ago, “We study history to know what we have done”.

What is equally horrifying perhaps is the cold, methodical, long term calculation that became the holocaust. It didn’t happen overnight.

It is pouring rain while in the museum but it subsides for our departure. (Millie spotted a capsized sailboat on the lake while we were inside and we watched it being rescued. It appears everyone was ok.)

We head into Berlin and stop at the Glienicke Bridge that divided East (Russians) and West (Allies) during the Cold War. Wiki: “The United States and the Soviet Union used it four times to exchange captured spies during the Cold War, and the Bridge was referred to as the Bridge of Spies by reporters.” 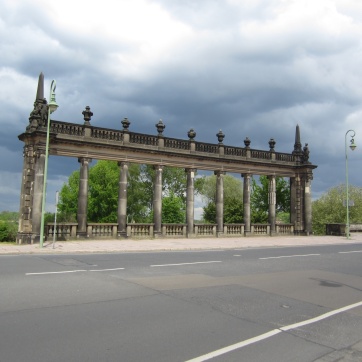 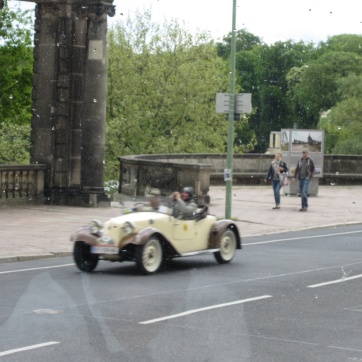 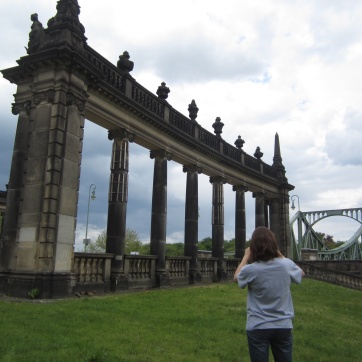 We proceed the rest of the way to the Wyndham Excelsior Hotel and rest for our grand farewell dinner, our final official evening gathering though we have one more day on the tour. Dining and presentations occur.

.
Half a day of touring tomorrow, then it is Happy Trails to Timberwolves Europe 2013.