[CATEGORIES: Literature, Lapham’s Quarterly, Reading, Book Review]
[Click HERE to see my previous posts referencing Lapham’s Quarterly.]
[Some of LQ’s contents are available free.]
[All photos or web clips are of pages in the C & P issue of L.Q.]

The crimes and punishments presented, some real and some fiction, are equally abhorrent.  The nearer to current time they are the more horrible they seem.

The Lapham’s Quarterly Fall 2013: Death is child’s play to this issue.  Death is the end result, Crimes and Punishments are a terrible path to that.

L.Q. describes itself much better than I:
“Lapham’s Quarterly is a journal of literature and history, edited by Lewis Lapham. Four times a year we collect fiction, non-fiction, poems, and essays from over four thousand years of recorded time, all gathered around a single theme.” 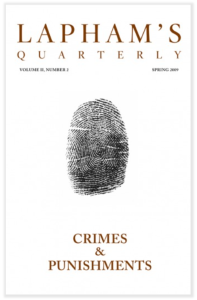 “It could probably be shown by facts and figures
that there is no distinctly native American
criminal class except Congress.” –Mark Twain, 1897 (p. 25)

“Seeing that America is a society of criminals might be
more humanly interesting and morally satisfying than a
society of empty routines, irresponsibly powerful
organizations, wide-spread corruptions, and
meaningless violence.” –John G. Cawelti, 1976 (p. 59)

The side quotes in this issue are priceless and particularly thought-provoking on the subject theme.  Some pedestrian blogger not unlike me should reprint nearly all of them together.  (Note to self.) 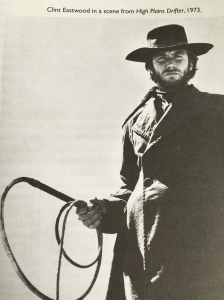 Crimes and punishments.  It seems simple enough.  Stealing in all its various forms. (Edward Snowden excepted of course.)  Physical harm to another’s property or person up to and including murder.  All those Ten Commandments and quite a bit more.  But ah the penalties.  There lies the rub.  If we are to have less regulation are we to have more or harsher penalties as a result?  If we allow texting while driving and one causes the death of another as a result should the causer be penalized as would a callous murderer?  If we proliferate picayune laws that no one follows closely (speed limits for example) are we encouraging disregard and disrespect for the order of law in general?  I digress.

The graphic this issue is again produced by the inimitable Haisam Hussein and is about the global web of four major criminal enterprises.

Lewis Lapham’s preamble is titled Crime Scenes.  Remember this issue is Spring 2009. Mr. Lapham is alway current and a bit autobiographical in every preamble in the 20+ I have read to date.  In 2009 G.W. Bush, everyone’s favorite whipping boy since 9/11/2001, Iraq, and Afghanistan, has just finished two terms as U.S. president and The Great O, new and unknown harbinger of Hope and Change Barack Obama, has just been inaugurated with multiple halos and dazzling auras surrounding his arrival.

“His [Bush] stealing of the election in Florida entitling him to walk the walk as it had been walked with its boots on in Deadwood, he believed himself an outlaw with a heart of gold.  Why not invite Saddam Hussein to make his day, burn down Baghdad, save democracy and the dancehall girls?  How else would Eastwood have handled it?” (p. 18)

As for autobiography: “I couldn’t see in [Joey] Gallo anything other than the character of a thief and the mind of a thug–a lizard lying on a rock blinking in the sun.” (p. 18)

Most of the rest talks about America’s infatuation with lives of crime, a voyeurism of the fortunes and misfortunes of criminals which the rest of the issue shows not to be invented by us but inherited over the centuries from un-civilization as it made us what we are today.

The Preamble is available in it’s insightfully eloquent entirety either free online (search you scalawags) or in your personally subscribed issue.

The sections of Voices In Time, the main body of the issue, are:
Perps As in Perpetrators, the committers of crimes for those of you in Port St. Lucie (Rush Limbaugh inside joke). (This section seems like a laundry list of random criminals. Nothing to titillate indecent interest or glorification.  It is more likely to foster an aversion or bad taste for crime.)
The Plea (A criminal’s excuses?  ‘I’m depraved on account’a I’m deprived’?  Not so for committed criminals Caryl Chessman or Gary Gilmore in Perps.)
The Penalty  (Paying the piper.  Who is to judge?  ‘Judge ye not lest ye be judged’ isn’t to say we must never judge.  We make judgements during every waking moment.  Are we vegetables or mice?) 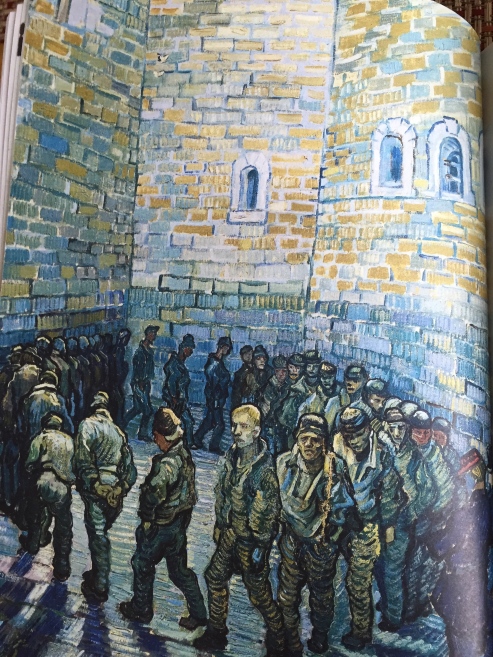 Perpetrators:  Man-love in 1999 China.  Dostoevsky lusts for a young girl, 1865.  Thieves, cat burglars.  Con-artists such as the fictional seller of indulgences in 1554 Toledo, Spain on p. 38.  Child rape (ugh) re: Maya Angelou, p. 42, is noteworthy.  The piece on the aforementioned Chessmen shows that mean circumstances didn’t make the man, he was quite capable and successful at crime on his own.  This led to an excursion into Wikipedia about him.  He was one of the last to be executed in the U.S. for a non-lethal crime.

We have young Malcolm X selling reefers (marijuana cigarettes) in 1936.  The 1967 Newark riots portray deadly police brutality.  This leads me to wonder yet again why today’s police seem to be on such a hair-trigger, shoot first ask questions later, though they are in precarious positions, and why people have no respect for them in the first place and  sometimes goad them into their violent actions.

The photo of German General Dostler receiving last rites before his post-WWII firing squad led me on another Wiki excursion to more than I wanted to know about the subject. Film is available.  Wonderful. 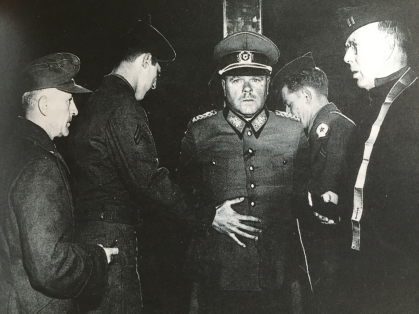 Joan Didion writes about an abortion.  Norman Mailer writes about Gary Gilmore, murderer executed by a Utah firing squad in 1977.  (Wiki again.  Am I morbid or just voyeuristic?)  Overall L.Q. spares us the sordid details of these perps.

The Plea:  Chicago court proceedings, Victor Hugo’s Les Miserable’, an extract from Herman Melville’s superb Billy Budd, a short novel I read in college but little understood at the time other than to remember “…handsome is as handsome does.  That’s what they say about Billy Budd.”  (Note to self: read again, along with Moby Dick.)  Zeus via Sophocles’ Antigone.  Hannah Arendt on Adolf Eichmann.  Noteworthy, as is Robespierre, T.E. Lawrence of Arabia, and Plato on Socrates.  Auschwitz is here with Primo Levi.  In MLK’s piece on civil disobedience I underlined nearly everything, though it brings me to ponder again who decides which laws are just and which are not.  It seems arbitrary. Tolstoy, G.K. Chesterton, Miles Davis hassled by police, and Shirley Jackson carry the section to the closing extract by Nada of the gruesome 1989 tyrannicide of the Romanian Ceausescu’s which is definitely a segue into the final section…

The Penalty:  If crimes don’t sufficiently disgust you I trust the punishments will do so. While not quite stomach-turning it makes me wonder if civilization is not the most overrated word to apply to homo sapiens.  Human and humanity do not seem appropriate terms in this context either.

The section leads with the Taliban, barely outdone in today’s world by the barbaric cruelty of ISIS, not extant at the time of this issue.  There is legal torture in 1597 London.  (Torture by the State is always legal isn’t it?)

Kafka, from In The Penal Colony: “”Does he know his sentence?” “No,” said the officer,…
“There would be no point in telling him.  He’ll learn it on his body.”…
“But surely he knows that he has been sentenced?””Nor that either,” said the officer…
“…then he can’t know either whether his defense was effective?” “He has had no chance of putting up a defense,” said the officer, turning his eyes away as if speaking to himself and so sparing the explorer the shame of hearing self-evident matters explained.” (p. 136)

Nathaniel Hawthorne’s long extract from The Scarlet Letter is superb.  “Then also, the blameless purity of her life during all these years in which she had been set apart to infamy was reckoned largely in her favor.  With nothing now to lose in the sight of mankind, and with no hope–and seemingly no wish–of gaining anything, it could only be a genuine regard for virtue that had brought back the poor wanderer to its paths.” (p. 138)

H.L. Mencken, 1928, is thought-provoking on imprisonment, flogging, and the death penalty.

The remaining extracts pull no punches on punishment.  The 1757 execution of Damiens is a prime example but I won’t provide a Wiki link for that one.  George Orwell recounts a hanging in Burma.  Suetonius tells of the cruelty of Roman emperor Tiberius.

The section concludes with a piece by murderer Jack Henry Abbott on solitary confinement.  “From In the Belly Of The Beast.  While in prison for forgery in his early twenties in 1966, Abbott stabbed a fellow inmate to death.  In 1977 he contacted Norman Mailer, insisting that he could provide an accurate account of life behind bars.  Mailer helped Abbott publish his memoir of incarceration and advocated for his parole.  Only weeks after being released in 1981 and finding himself at the center of the New York literary scene, Abbott stabbed a twenty-two-year-old man to death.” (p. 195)

Isn’t that special.  Punishment sucks and so does crime.

The concluding essays in Further Remarks soften the finish of the issue.  The first is an assessment of crime fiction writing.  The second discusses piracy old and new (the Somali pirates are very active at this time).  The third is a good analysis of crime films and the black-and-white film noir genre.  The brilliant and now-deceased atheist Christopher Hitchens has a piece on capital punishment.  The final essay is a review, ‘reconsideration’ it says, of the Greek tragedy The Oresteia by Aeschylus.

Thank you L.Q. for all the accounts in this issue.  I’m not sure I’m any closer to a resolution for either but I am certain crime and punishment are equally inhuman so I guess a point has been made.

Keep reading.  (This means YOU.)

P.S.  Don’t forget that the beautiful and newly formatted L.Q. website offers many portions of each issue for free.  (Free!  FREE!!  FREE!!!)  Those of you who want to ‘own knowledge’ might consider subscribing and buying back issues while they can still be found.  I’m considering bequeathing my collection to one of the many fine prisons here in Colorado, currently housing the likes of Moussaoui, Richard Reid, Terry Nichols, Ted Kaczynski, Eric Rudolph, Rod Blagojevich, and Jeffrey Skilling.  I don’t expect L.Q. will revolutionize their thinking.  They just have plenty of time to read. 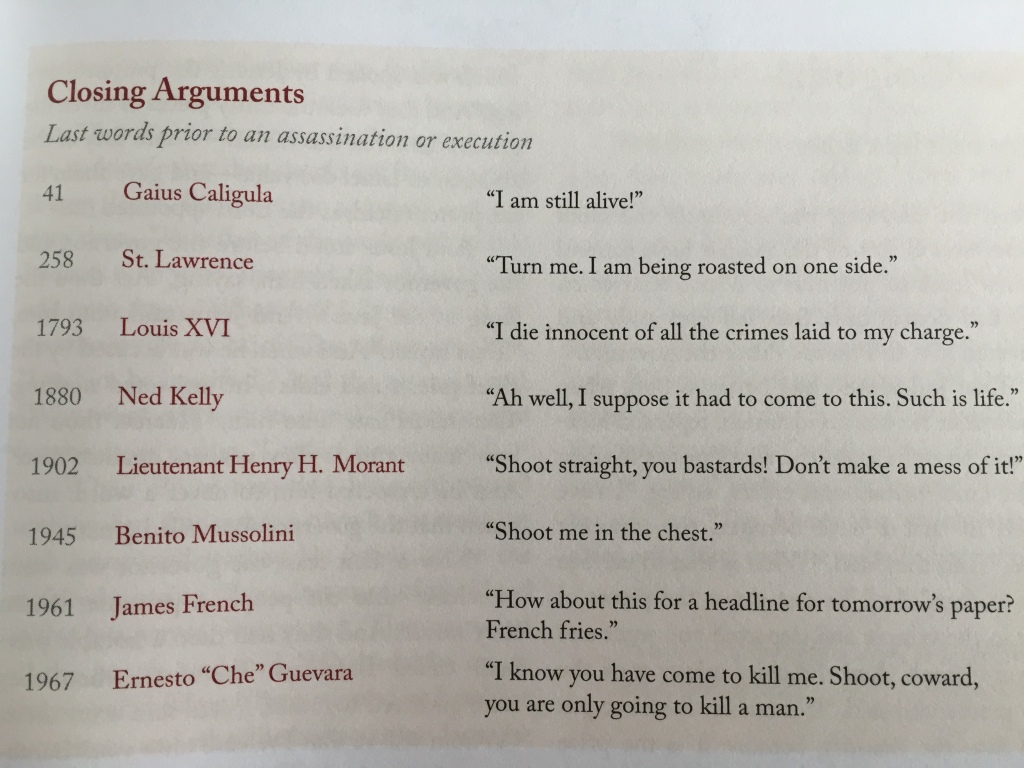