A mix of travel literature and photography.  Hopefully one or the other will be appealing.

I trust Travel will be a kinder gentler issue than was Crimes and Punishments.  Brrr, chilling was that one.

Having finished reading it now I can say that L.Q. Travel gets the coveted ‘SIX out of Five Stars’ award, previously only awarded to Lapham’s Quarterly Fall 2008: Ways of Learning last November.

L.Q. describes itself much better than I:

“Lapham’s Quarterly is a journal of literature and history, edited by Lewis Lapham. Four times a year we collect fiction, non-fiction, poems, and essays from over four thousand years of recorded time, all gathered around a single theme.”

Aldous Huxley is prescient by inadvertently describing Lapham’s Quarterly in a 1924 extract in this issue:

“The qualities essential in a good traveling book are these.  It should be a work of such a kind that one can open it anywhere and be sure of finding something interesting, complete in itself and susceptible of being read in a short time.” (p. 28)

I will be taking my copy of L.Q. Spring 2015: Swindle and Fraud with me on my bike and barge trip in the Netherlands next month.

The graphic this issue is again produced by the inimitable Haisam Hussein and is about brief histories of four famous routes.

Lewis Lapham’s Preamble is titled Grand Tour in which he discusses the passage to manhood and odyssey of youth many young men, usually of means, spent in Europe.  The portion on his great-grandfather is hilarious:

“Great-grandfather elected to tour the continent, and four years after he boarded a French ship at the foot of Fulton Street, smooth-shaven and wearing a black broadcloth coat, he reappeared on the same dock dressed as a Parisian dandy (Van Dyck beard, mauve gloves, silk waistcoat, yellow spats) fluent in five languages, proficient on the cello, and accompanied by a young woman on loan from a German corps de ballet. Much to his own astonishment, even more so to that of his father, he had taken to heart Lord Chesterfield’s maxim about joining an interest in books with a knowledge of the world. But his father was not a British earl, Brooklyn reminded nobody of the gardens at Kew, and right-thinking Quakers didn’t dance to the music of Mozart. The young lady was returned to Bremerhaven on the next available ship, and my great-grandfather, once again frock-coated and smooth-shaven, was remanded by train to Titusville, Pennsylvania, there to learn the art of tanning leather and the science of skinning cows.” (p. 18)

My own odyssey came in the form of a 3-month 7,000-mile motorcycle ride on a Triumph Bonneville between London and Paris by way of Spain, Portugal, and Italy in my mid-twenties after returning from Vietnam.  Ahh those were the days.  However I did not learn five languages or the cello.  Times have changed.

The Preamble is available in it’s insightfully eloquent entirety either free online (search you scalawags) or in your personally subscribed issue.  (I think I should get a toaster for promoting this publication but I doubt that will happen.)

This issue, as always 7″ x 10″, printed and richly colored on very high quality paper, and EXACTLY 221 pages, making for a nice bookshelf portfolio, has four sections rather than the usual three in the main body Voices In Time:

Also, as always, there are extended essays in the Further Remarks and Departments sections that close the issue.

The extracts are a mixture of factual and fictional accounts.  Departures leads with one of the great travel writers of our modern times Paul Theroux:

“Out of touch in Africa was where I wanted to be.  The wish to disappear sends many travelers away…. Travel is a sort of revenge for having been put on hold… Being kept waiting is the human condition.” (p. 22)
“Home had become a routine, and routines make time pass quickly… I was sick of being called up and importuned… The whole point of my leaving was to escape this stuff, to be out of touch.  The greatest justification for travel is not self-improvement but rather performing a vanishing act, disappearing without a trace.  As Huck put it, lighting out for the territory.” (p. 23)  [AMEN! -JH] [Et tu, CK?]

Delphi, the Oracle. (Has anyone seen Larry Ellison?)

Notably, Xavier de Maistre takes us on a voyage around his room in 1790s Turin.

Billy Hayes (Midnight Express book and movie) gets busted for hashish possession in 1970s Istanbul.  Coincidentally I read about him revisiting Turkey in the NYT recently.  I hope this link gives you access.  The NYT is picky about unsubscribed views.

Fictionally Lewis Carroll’s Alice falls down the rabbit hole and we are treated to an abbreviated Chp. 1 of Herman Melville’s Moby Dick.  Soooo superb.  The first lines of Moby Dick pre-date Theroux considerably but are in a similar vein:

“Call me Ishmael. Some years ago—never mind how long precisely—having little or no money in my purse, and nothing particular to interest me on shore, I thought I would sail about a little and see the watery part of the world. It is a way I have of driving off the spleen and regulating the circulation. Whenever I find myself growing grim about the mouth; whenever it is a damp, drizzly November in my soul; whenever I find myself involuntarily pausing before coffin warehouses, and bringing up the rear of every funeral I meet; and especially whenever my hypos get such an upper hand of me, that it requires a strong moral principle to prevent me from deliberately stepping into the street, and methodically knocking people’s hats off—then, I account it high time to get to sea as soon as I can.”

In Transit treats us to the ascent of Mount Ventoux by Petrarch, credited with being the Father of Alpinism but far from the first to go climb a rock.  Wiki elucidates further [the links are Wiki’s, not mine]:

“Petrarch was dazed and stirred by the view of the Alps, the mountains around Lyons, the Rhone, the Bay of Marseilles. He took St. Augustine‘s Confessions from his pocket and reflected that his climb was merely an allegory of aspiration towards a better life.[8]

As the book fell open, Petrarch’s eyes were immediately drawn to the following words:

And men go about to wonder at the heights of the mountains, and the mighty waves of the sea, and the wide sweep of rivers, and the circuit of the ocean, and the revolution of the stars, but themselves they consider not.[15]

Petrarch’s response was to turn from the outer world of nature to the inner world of “soul”:

I closed the book, angry with myself that I should still be admiring earthly things who might long ago have learned from even the pagan philosophers that nothing is wonderful but the soul, which, when great itself, finds nothing great outside itself. Then, in truth, I was satisfied that I had seen enough of the mountain; I turned my inward eye upon myself, and from that time not a syllable fell from my lips until we reached the bottom again.”

On the other hand a side quote from Charles Kuralt, c. 1980, notes: “Thanks to the interstate highway system, it is now possible to travel from coast to coast without seeing anything.” (p. 57)

Factually Beryl Markham is eloquent and introspective about her flight as the first person to fly across the Atlantic from east to west in 1936:

“You can live a lifetime and at the end of it know more about other people than you know about yourself.”

“Flight is but momentary escape from the eternal custody of earth.” (p. 68)

“We should go forth on the shortest walk, perchance, in the spirit of undying adventure, never to return; prepared to send back our embalmed hearts only, as relics to our desolate kingdoms.  If you are ready to leave father and mother, and brother and sister, and wife and child and friends, and never see them again; if you have paid your debts, and made your will, and settled all your affairs, and are a free man; then you are ready for a walk.”

Between Cervantes and Thoreau I’ve looked up discalced, longinquous, and vespertinal, though I can’t say I’ve added them to my vocabulary.  Thoreau discusses the etymology of sauntering.  “…going a la Sainte Terre, to the Holy Land. …a Sainte-Terrer, a Saunterer, a Holy Lander.” [or] “…from sans terre, without land or a home, which, therefore, in the good sense, will mean, having no particular home, but equally at home everywhere.” (p. 72) 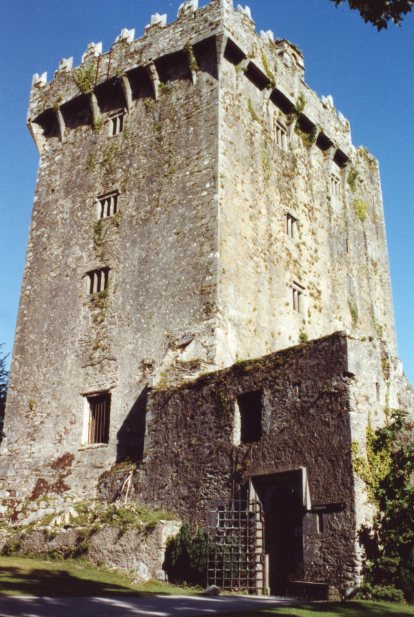 There are The Travels of Ibn Battuta in 1332, train-hopping with Clydia Williams in 1932, crossing the Atlantic with Father Tomas de las Torre in 1544, 65-yr-old Tabitha Brown crossing the Oregon Trail in 1846, Marco Polo’s notes c. 1283, Vazquez de Coronado traveling north from Mexico in 1541, and Jack Kerouac On The Road in 1949.

Sadly as I browse the issue for items on which to comment I see I would have to list nearly the entire table of contents.  I mustn’t forget to mention in Destinations the eloquent Gertrude Bell Among Nomads in 1892 Persia:

“…here are steep valleys where the shadows fall early and rise late, strewn with rocks, crowded with fantastic crags, scarred with deep watercourses; here the hawks hover, the eagle passes with mournful cry, and the prisoned wind dashes madly through the gorge.” (p. 144)

“…the nomads have moved onward, silence has spread itself like a mantle from mountain to mountain, and who can tell what sound will next strike against their walls?” (p. 145)

In Returns I again find funny, sad, insightful Dorothy Parker.  After reading her here, in L.Q. Winter 2013: Intoxication (Just a Little One), and in L.Q. Winter 2014: Comedy (Arrangement in Black and White), I see a common theme.  It’s someone (often a woman) babbling on and on with the best of intentions about how great things are while a second or third party can hardly get a word in edgewise and the babbler just continues to expound and make an utter fool of herself and remain completely oblivious to it like politicians do or those of us me included who just like to hear ourselves talk.  On and on and on. 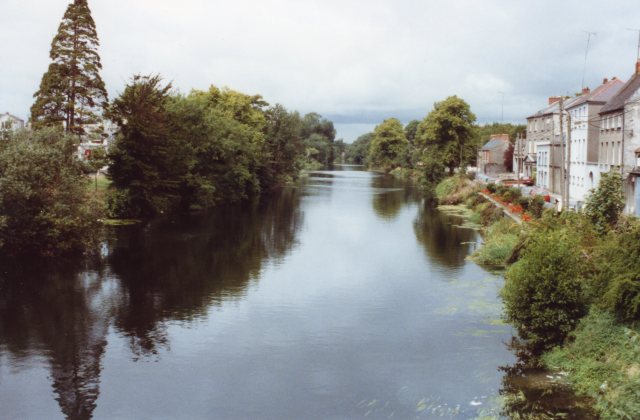 The final extended, modern essays in Further Remarks are exceptional.  Simon Winchester relates his being banned from the island of Tristan da Cunha.  (No, I hadn’t heard of it either.)

Billy Collins gives me, the eternal incomprehender of poetry, a new perspective by showing how one can travel through the lines and story of a poem.

The issue ends with another great modern travel writer, Pico Iyer, assessing the state of travel writing itself:

“The really lasting works of travel, after all… …are the ones that are so deeply driven by personal questions that all talk and thought of empire falls away.  …What we get from any place, as Emerson always told us, is only what we bring to it.” (p. 220)

So much for my copy and paste of Travel.  Keep reading.  (This means YOU.)

P.S.  Don’t forget that the beautiful and newly formatted L.Q. website offers many portions of each issue for free.  (Free!  FREE!!  FREE!!!)  Those of you who want to ‘own knowledge’ might consider subscribing and buying back issues while they can still be found.  Lewis Lapham’s Preamble and Pico Iyer’s final essay are available FREE.