You are in luck.  NIGHT brings generosity.  The first section, Twilight (the three are Twilight, Midnight, and Dawn), not only brings the pleasant summer thoughts of evening fireworks and youthful romance in the early twentieth century, poetically described by Edith Wharton, her own story a noteworthy side journey in Wikipedia, but also a superb insight into pre-slumberous reading in bed by H.M. Tomlinson, who I have not heard of but, due to his eloquence, I am about to segue again to Wiki and the ‘Net.

What is generous is that both these excellent extracts, brief, for those in a hurry, are FREE online, as long as the links are working.

Don’t say there aren’t diamonds to be found in the sand, if one doesn’t take the time to sift.

Wharton is all love and fireworks.  Unrequited, perhaps, there isn’t enough presented to know for sure.  It’s summer, at the lake.  Boy, girl.  Young man, young woman, it would seem.

”The lake at last—a sheet of shining metal brooded over by drooping trees. Charity and Harney had secured a boat, and getting away from the wharves and the refreshment booths, they drifted idly along, hugging the shadow of the shore.” (p. 29)

”Harney would never buy her an engagement ring: they were friends and comrades, but no more. He had been perfectly fair to her: he had never said a word to mislead her. She wondered what the girl was like whose hand was waiting for his ring…” (p. 29)

”Presently, there was a soft rush through the air, and a shower of silver fell from the blue evening sky. In another direction, pale Roman candles shot up singly through the trees, and a fire-haired rocket swept the horizon like a portent. Between these intermittent flashes, the velvet curtains of the darkness were descending, and in the intervals of eclipse, the voices of the crowds seemed to sink to smothered murmurs.” (P. 30)

Tomlinson’s piece, about reading in bed, I highlighted nearly its entirety.  It is just too good. A few samples:

”The rain flashed across the midnight window with a myriad of feet. There was a groan in outer darkness, the voice of all nameless dreads. The nervous candle flame shuddered by my bedside. The groaning rose to a shriek, and the little flame jumped in a panic and nearly left its white column.” (P. 34)

”As the bed book itself should be a sort of night-light, to assist its illumination, coarse lamps are useless. They would douse the book. The light for such a book must accord with it. It must be, like the book, a limited, personal, mellow, and companionable glow; the solitary taper beside the only worshipper in a sanctuary.” (P. 35)

“”Almost any book does for a bed book,” a woman once said to me. I nearly replied in a hurry that almost any woman would do for a wife; but that is not the way to bring people to conviction of sin.” (P. 35) [I’m just the messenger! –John]

“There are few books which go with midnight, solitude, and a candle. It is much easier to say what does not please us then than what is exactly right. The book must be, anyhow, something benedictory by a sinning fellow man. Cleverness would be repellent at such an hour. Cleverness, anyhow, is the level of mediocrity today; we are all too infernally clever.” (P. 36)

As usual, and ever more often, these authors and extracts lead me to internet searches and Wikipedia for more information about them.  Fascinating lives.  Wharton, I am informed, was the first woman to receive the Pulitzer Prize for Fiction, for her twelfth novel The Age Of Innocence.

Tomlinson’s Wiki, much more abbreviated, leads me to his work, Old Junk, which in turn leads me to C.M. Doughty’s 19th century account Arabia Deserta, itself a noteworthy account of travels at the time in Arabia.  Junk and Deserta are both available free (FREE!) at Google Books. 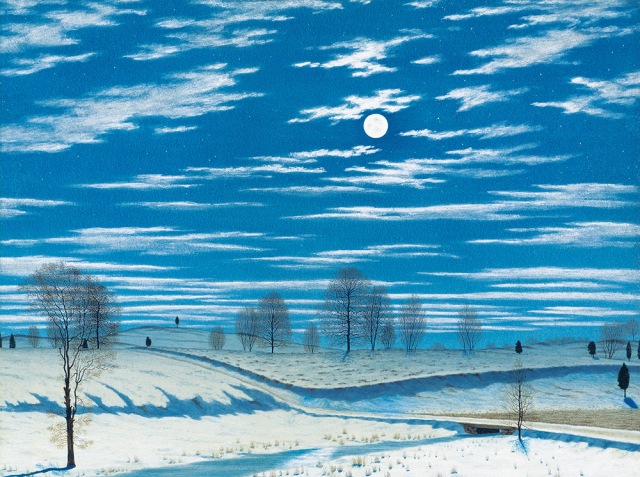 Night and all it enfolds is represented through the rest of the issue.  Fear, sleep, lack of sleep (!), dreams, evil doings, work and the shattering of the biological clock.

“It was good standing there on the promontory overlooking the evening sea, the fog lifting itself like gauzy veils to touch his face.  There was something in it taking to flying; the sense of being lifted high above crawling earth, of being part of the wildness of air.” (p. 50)

From ‘In A Lonely Place’.  The accompanying author’s info notes: “Not long after the book’s publication, Humphrey Bogart bought the rights and played Dix Steele [OMG!!! -John] in the 1950 film noir…” (p. 52)

Look her up on Wikipedia and IMDB.com.

Speaking of film noir, renown movie critic Roger Ebert is SUPERB in his brief description, available here: https://www.rogerebert.com/rogers-journal/a-guide-to-film-noir-genre.  One favorite: “5. Women who would just as soon kill you as love you, and vice versa.” (p. 51)

Marx (Karl, not Groucho) and William Hard follow these two immediately in the issue, with pieces on working at night.  Both are available on the LQ website.

An easy list of the Table of Contents, with available links to online reads, has been kindly provided this issue.  (As long as it remains available.)  Links to a date and place are to the extract/essay, links to an author are to a very short bio.

Several other issues are linked in this manner, found by doing a search on ‘Table of Contents’ at LaphamsQuarterly.org:
https://www.laphamsquarterly.org/search/node/Table%20of%20Contents
Otherwise one has to click on an issue in Archive, then on List at the upper left, and play hit and miss without knowing the author first.  Of course the magazine/journal is subscribable, even if not profitable, judging from the Who’s Who of benefactors and philanthropists now listed in each issue, as well as intervaled email pleas for donations.

The full essays at the back, under Further Remarks, are all linked.  To my knowledge these are contemporary, living essayists at the time of publication.

One of my favorites of these was The Fall Of Night by Anne Boyer.  It is a contemplation.  “Perhaps night begins when sound becomes more vivid than sight.” (p. 201)  “Day doesn’t fall: night does. Light is slick and fluid, darkness is heavy and can grow heavier. Everything we know about the night inspires catalogues but defies dissection, for the night, despite how it gets thick, brings no body. Night has no anatomy, just inventory.” (p. 203)

I found Ms. Boyer’s piece Not Writing to be intriguing.  Anne Boyer, “Not Writing” from Garments Against Women.

I also liked The Hero Of A Thousand Dreams by John Crowley.  I’ve been dreaming more vividly since I read it, coincidence likely.  I still have difficulty remembering them.  I like the cinema, but dreams are perhaps the best movies I ever see.  Crowley keeps his dream state centered on Little Nemo In Slumberland, a cartoon series from the very early 20th century: 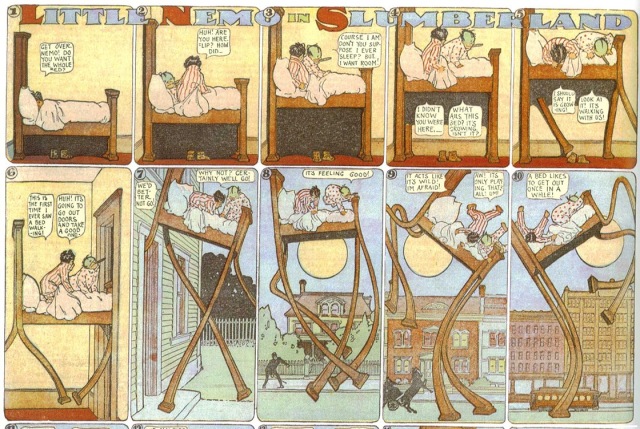 “Nemo’s evolving adventures can be considered the great American dream journey, as Alice’s adventures underground and through the mirror are for the English. But where the challenges Alice faces and the puzzles she must solve are verbal, Nemo’s are visual: like Alice he grows and shrinks, but he also becomes monstrously fat; grows up, grows old, approaches death; is dressed as a girl, a pirate, a soldier, a courtier; becomes flat as a postcard; and only once (July 4, 1909) is driven to ask, “I wonder what this all means anyhow?”” (p. 212)

The underbelly of night is not neglected.  Jack Black in 1905 gives a primer on basic B&E.(Breaking and Entering, for those of you from Port St. Lucie or Rio Lindo.)  It’s in the online list: c. 1905: Salt Lake City | Jack Black

Sukhdev Sandhu talks about the night shift on the suicide watch hot line in 2006 London.  A sad necessity.

“Three AM is eternal.  Three AM is infernal.  It’s the hour of the wolf.  The time at which fear and sadness and regret rack up so that it becomes impossible to get to sleep. … The silent night amplifies the din in our skulls, returns us to a primal solitude.” (p. 150)

Many fine gems remain unmentioned, free or otherwise.  Explore the list.  Seek and ye shall find.

How do you choose what to read?