[CATEGORIES: Literature, Lapham’s Quarterly, Reading, Book Review]
[Click HERE to see my previous posts referencing Lapham’s Quarterly.]
[Some of LQ’s contents are available free.]
[L.Q. cover, quotes, and images from Lapham’s Quarterly Winter 2020: MEMORY, except where noted.]
[Right-click on a photo may give the option to open it separately.]
[NEW to Lapham’s Quarterly? See the standard notes at the end of this review. After 45+ LQ summaries I jump right in.]

[This is a READING section, for those who may stumble in looking for photography.]
[I discovered Commenting was accidentally turned off for my summaries on CLIMATE. They are on now.]

The Voices In Time this issue are Save, Edit, and Delete.

An online Table of Contents is available HERE. Underlined items are a link. The left side links to the extract or essay, right side to author info. Inquiring minds may explore.

EDIT ends with a bit more perplexity than when it started. One must take the reader into consideration with the proverbial grain of salt. Though I am the one consuming the product, I am common and a commoner on any intellectual plane.

Few of the remaining extracts are available free, so you are spared comparisons to my perplexity.

Admittedly, I don’t know how the L.Q. staff finds 75 or so essays on a theme, then extracts a small sample, sometimes editing and removing chunks of that sample for their purposes. I’m just the reader.

Many of the remainder in EDIT touch on selective memory.

John Lukacs, 1968: “History is incomplete, fragmentary, inaccurate, because it is the remembered past: we do not remember all of the past: our memory is limited, and oddly selective (among other things, we often remember what we want to remember).” (p. 107)

Inga Clendinnen, 2006: “Memorials “memorialize” only for as long as people choose to remember.” … “Not so very long ago “British History”was largely a treasurehouse of nation-promoting stories, which is what we would expect from a glossy imperial power (compare the United States now).” (p. 109)

Frederic Harrison, 1890, from “Give Back the Elgin Marbles”. The British still have them. Author info says “The British Museum continues to defend its acquisition, arguing in 2019 that “when you move cultural heritage into a museum, you move it out of context. Yet that displacement is also a creative act.”” (p. 111)

Jose’ Saramago, 1997, from his novel All The Names. Totally perplexing. Wikipedia enlightens a bit: “One of the main themes… is that in order to be properly looked at, the human condition must include the lives of the living and the dead, the remembered and the forgotten, and the known and unknown. Indeed, this is a recurring theme in Saramago’s works.”

All this is saved by a beautiful gem of 1762 exposition by Jean-Jacques Rousseau on education, from which extract I extract:

“The apparent ease with which children learn is their ruin. … The child remembers the words, and the ideas are reflected back; his hearers understand them, but to him they are meaningless.”

“In any study whatsoever, the symbols are of no value without the idea of the things symbolized. Yet the education of the child is confined to those symbols, while no one ever succeeds in making him understand the thing signified. You think you are teaching him what the world is like; he is only learning the map; he is taught the names of towns, countries, rivers, which have no existence for him except on the paper before him.”

“If children have no knowledge of words, there is no study that is suitable for them. If they have no real ideas, they have no real memory, for I do not call that a memory which only recalls sensations. What is the use of inscribing on their brains a list of symbols that mean nothing to them? They will learn the symbols when they learn the things signified. Why give them the useless trouble of learning them twice over? And yet what dangerous prejudices are you implanting when you teach them to accept as knowledge words that have no meaning for them.” (p. 120-121)

Author info: “Among the many movements that can be traced directly to Rousseau’s “education from nature” are the introduction of kindergarten (1840), the Montessori method (1907), and the Waldorf system (1919).” (p. 122)

FREE! I liked this one. Read it carefully, a la John Ruskin: “if you read ten pages of a good book, letter by letter, – that is to say, with real accuracy, – you are forevermore in some measure an educated person.” (Emphasis mine.)

In the poignant ‘Remember Their Names’, Scholastique Mukasonga recalls family and friends lost in the 1994 Rwanda genocide. Is ethnic cleansing reduced to poignancy? Not by her. The piece is thoughtful and heart-felt.

(At last.) SAVE and EDIT are about remembering. DELETE is about forgetting. It starts with Gerda Saunders’ personal notes on coping with her own dementia. She discusses short-term vs. long-term memory:

“The part of my memory that is most affected by my dementia is the part of short-term memory known as working memory, or the ability to hold a small amount of information in my head while I manipulate it.” (p. 132)

“…the stronger the emotion accompanying a perception, the more likely it is to become a vivid long-term memory.” (p. 132)

“Once a pathway for long-term memory has been laid down, there is no guarantee that it will survive. It may end up being only a mid-term memory unless it is constantly maintained.” (p. 134) 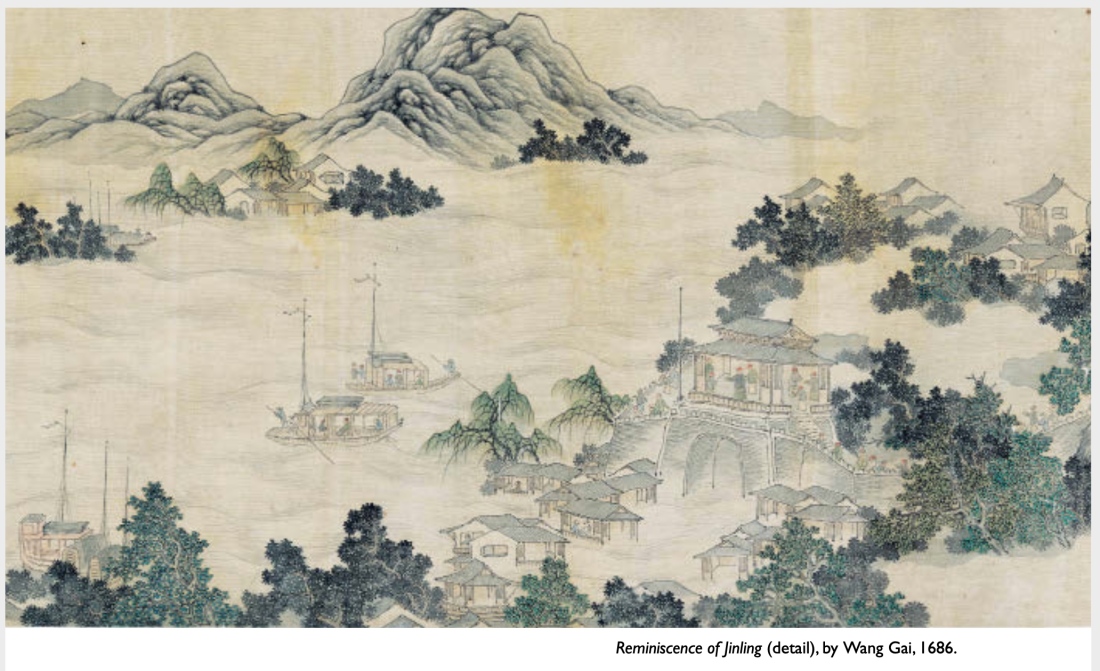 Herman Melville has an extract from The Confidence Man, in which a character convinces another man that he is a past acquaintance, even when he is not. Per Wikipedia: “The Confidence-Man: His Masquerade, first published in New York on April Fool’s Day 1857, is the ninth book and final novel by American writer Herman Melville. … “The narrative structure is reminiscent of the late 1300s Canterbury Tales. Scholar Robert Milder notes: “Long mistaken for a flawed novel, the book is now admired as a masterpiece of irony and control, though it continues to resist interpretive consensus.”[1]“

I liked the extract by Yoko Ozawa and poem by Pan Yue. Both are beautifully written.

“When the mind is like a room hung with black, and every corner of it crowded with the most horrid images imagination can create, this kind speechless goddess of a maid, Forgetfulness, is following us night and day with her opium wand and gently touching first one, and then another, benumbs them into rest, and at last glides them away with the silence of a departing shadow. It is thus the tortured mind is restored to the calm condition of ease, and fitted for happiness.” (p. 146)

George Orwell received my rare triple-asterisk annotation for his extract from 1984.

“If the Party could thrust its hand into the past and say of this or that event, it never happened—that, surely, was more terrifying than mere torture and death.”

“And if all others accepted the lie which the Party imposed—if all records told the same tale—then the lie passed into history and became truth. “Who controls the past,” ran the Party slogan, “controls the future: who controls the present controls the past.” And yet the past, though of its nature alterable, never had been altered. Whatever was true now was true from everlasting to everlasting. It was quite simple. All that was needed was an unending series of victories over your own memory. “Reality control,” they called it; in Newspeak, “doublethink.”” (p. 151)

“The past, he reflected, had not merely been altered, it had been actually destroyed. For how could you establish even the most obvious fact when there existed no record outside your own memory?” (p. 152)

Orwell died at the age of forty-six. He is prolific throughout L.Q.’s history. (Search this blog for Orwell to see.) As an ever-struggling grammarian, I liked his comments in the issue Spring 2010: Arts & Letters:

“A man may take to drink because he feels himself to be a failure, and then fail all the more completely because he drinks.  It is rather the same thing that is happening to the English language.  It becomes ugly and inaccurate because our thoughts are foolish, but the slovenliness of our language makes it easier for us to have foolish thoughts.” (p. 91)

“American long-term memory is exclusive to American traumas. The rest of the world should simply “put the past behind,” “move forward,” “be pragmatic,” and “get over it.”

“It’s strange how horror obliterates ethnic differences—all faces look the same when they are witnessing the death of loved ones.” (p. 154)

Free online, and noteworthy, in my opinion:

Admittedly, there is little in L.Q., if any, that is not noteworthy.

I like Johnson’s comments on libraries and books, both of which I admire greatly:

“Of the innumerable authors whose performances are thus treasured up in magnificent obscurity, most are forgotten, because they never deserved to be remembered, and owed the honors which they once obtained not to judgment or to genius, to labor or to art, but to the prejudice of faction, the stratagem of intrigue, or the servility of adulation.” (p. 160)

At least they are writing, Samuel, expressing themselves with something besides sword or gunpowder.

This section has full essays. The first discusses fragmented memory. I found the second intriguing as it discusses learned memory in certain plants. Hmmm.

‘In This Is All’ discusses episodic memory vs. autobiographical memory:

“The kind of memory that young children share with animals is called episodic memory: the memory of having undergone experiences. This enables children (and animals) to learn from experience: to use knowledge of what has happened to them to guide their behavior in the future.”

“What we carry when we are forced to leave everything behind is language, memory, our bodies.”

“Nothing enrages the tyrant more than hope. Inherent in reconstruction after the Second World War was not only the desire to remember the dead but also the hope that the dead would remember us. To assert that we had not lost our humanity, that we, and the world, after such depravity, might still be morally recognizable.” (p. 216)

REMEMBER, people. Lest we forget. 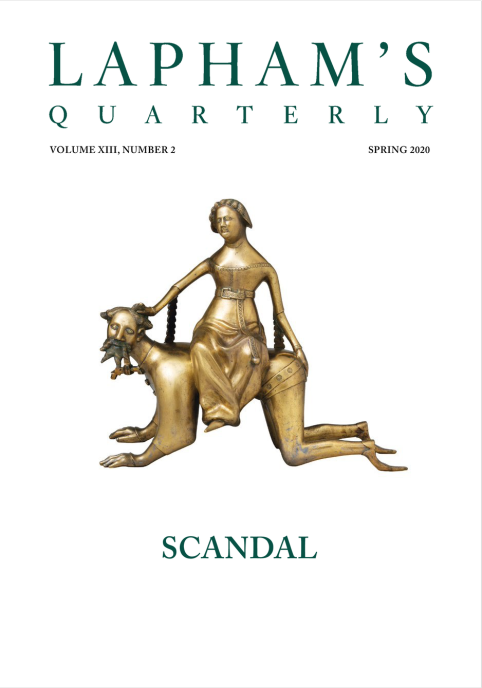