[Categories: Photography, Photography 101 Forever]
[A right-click might open a photo in a new tab. Also, WP is being playful with picture sizes. I like ’em big, but sorry if they don’t fit your 75-inch tv screen.]

The Lens-Artists Challenge is hosted this week by Ann-Christine.

Apologies. It’s my own small, usually failed, attempt at amusement. For this week’s theme A-C advises: “What makes this place (thing, person, pet…) what it is? How can I look at the everyday from a new perspective? Try organizing a creative stilleben you have never seen before!”

SEE! There it is! Stilleben!

If only I learned and remembered just one new thing every day, I could be as smart as an Einstein, in say, about a thousand years!

Saturday, 14 November, I did learn that stilleben is Swedish, and German, for ‘Still Life’, such as we see, for example, in paintings of flower bouquets, fruit bowls, and hunted small game.

Here is a still life painting I captured some time ago, Pierre-Auguste Renoir’s ‘Fruits of the Midi’, 1881, Oil on Canvas:

…but it’s not in my neighborhood, so it doesn’t make the cut. Neither is, or does, Giuseppe Arcimboldo’s ‘An Allegorical Head Representing Summer’, c. 1600-1620: 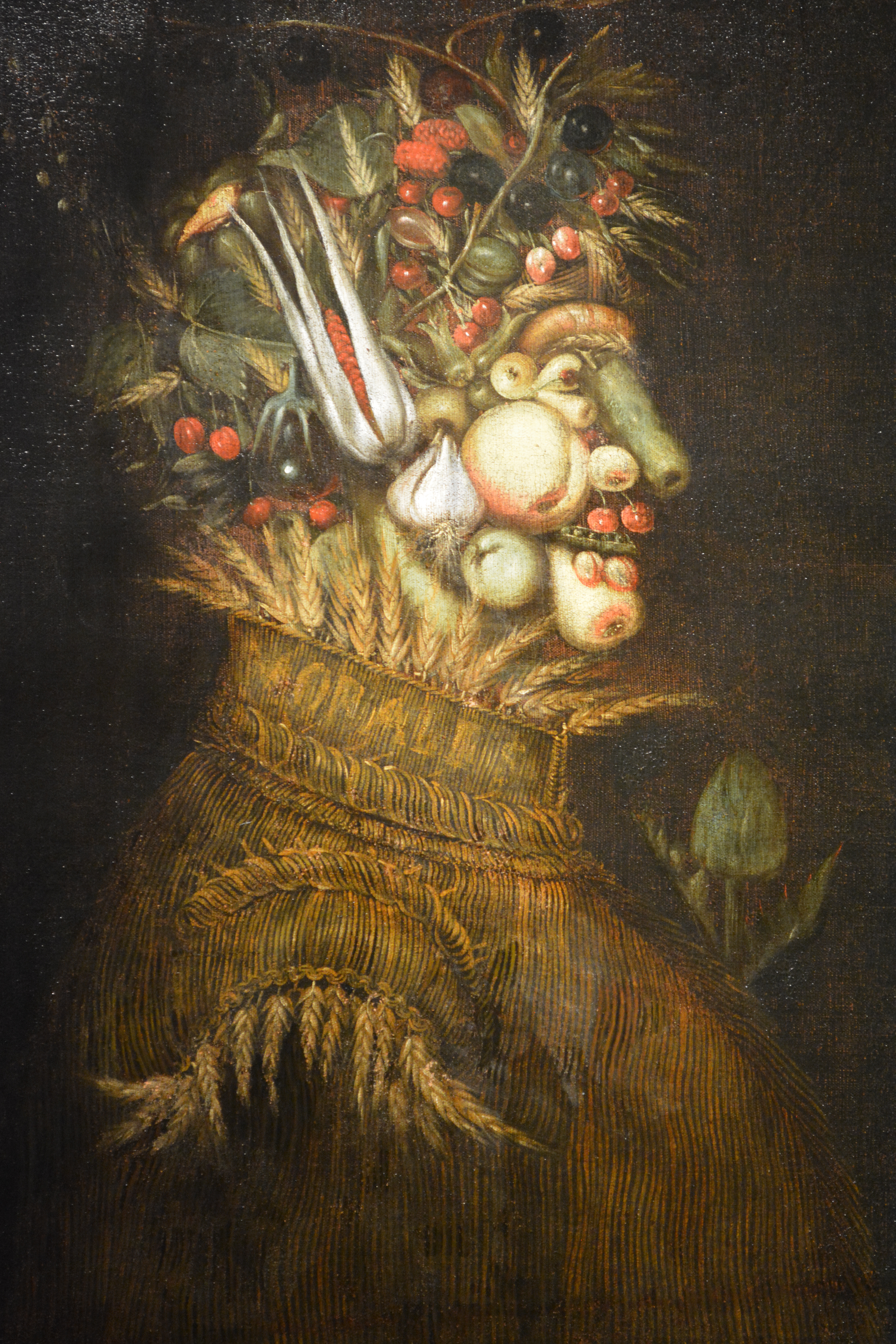 Ever the one to play with words, I posit that all photographs, by their capture of a moment in time, are ‘still’. Therefore, ergo, and consequently, I will post photos of movement, but frozen STILL in a photo. If next week’s theme is freeze-frame, or movement, I am soooo screwed.

All the remaining photos here are Found in the Neighborhood. The following photo is from 7 Nov., just across the walk from my condo. M’lady noticed that squirrels have had a field day eating pumpkins set out for display this autumn. They probably have a field day every year. This squirrel was nibbling away but started to take off as I photo’d. ‘Still life’, a moment in time:

The rest of the photos are from my neighborhood on Saturday, 14 November. Did I mention it was windy? Very… very… windy. My first indication thereof was our doorbell camera. Those things in the air are leaves, swirling swirling leaves. Life in motion, captured still: 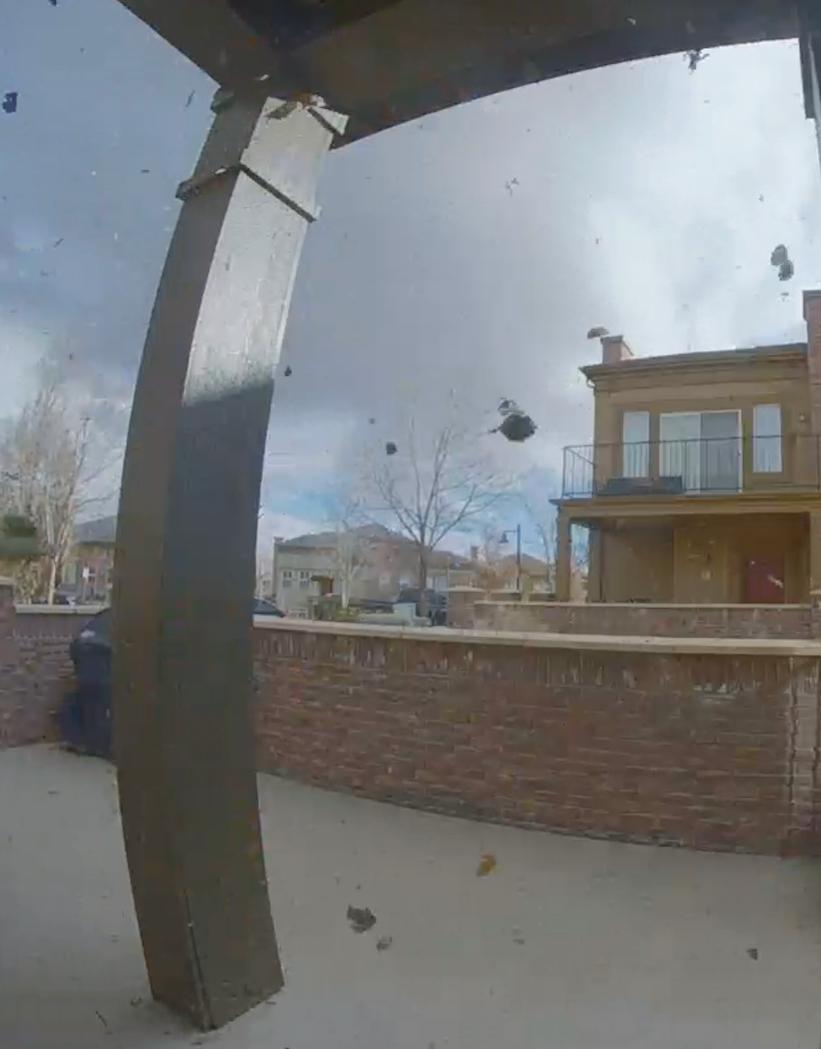 The windy day inspired me to capture WIND in STILL LIFE. These nearby park plants were definitely blowin’ in the wind. I liked the soft textures and colors. It almost has the potential to be a decent photo:

Moving on, in Still Life in the Neighborhood, I found the flags at the Veteran’s Monument in our nearby civic park standing out in the wind:

Despite the brisk winds, these birds actually were still long enough for me to photo. Can you spot the jet? Life, that is ‘still’:

Finally, and there is always a finally in life, still or otherwise, this black and white striped American flag, with a single blue stripe, was hanging from a condo balcony, lest we forget: 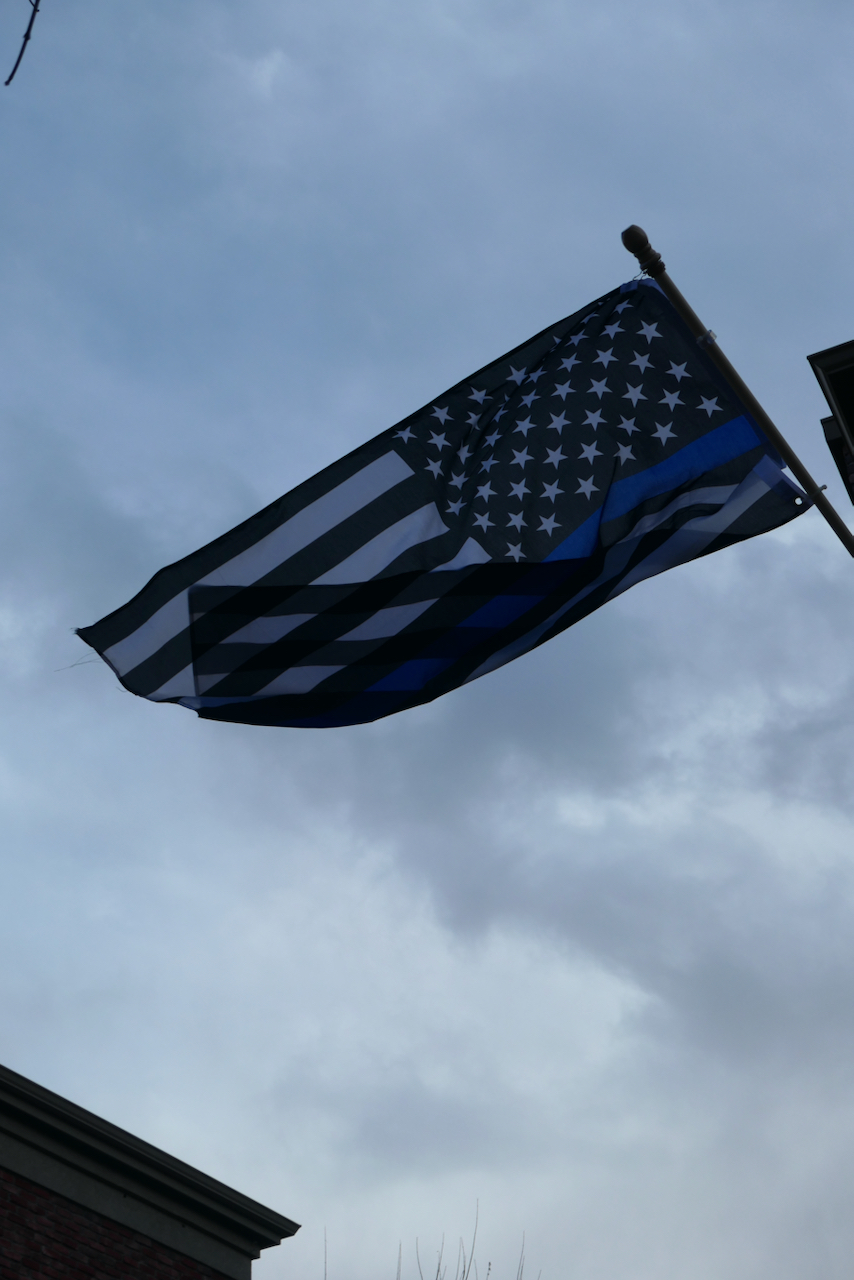 It is called the ‘thin, blue line’ flag and generally is meant to support law enforcement.

That’s all folks! Keep still, but keep moving, ‘they’ could be gaining on you.

If you have made it this far, your endurance is beyond commendable. Thank you for indulging me.

Stay safe, be well. Be kind to one another.

35 thoughts on “Lens-Artists Challenge #123 – Found in the Neighborhood”