[CATEGORIES: Literature, Lapham’s Quarterly, Reading, Book Review]
[Click HERE to see my previous posts referencing Lapham’s Quarterly.]
[Some of LQ’s contents are available free.]
[L.Q. cover, quotes, and images are from Lapham’s Quarterly Fall 2020: Democracy, except where noted.]
[Click or right-click on a photo may give the option to open it separately.]
[NEW to Lapham’s Quarterly? See the standard notes at the end of this review. After 50+ LQ summaries I jump right in.]

[This is a READING section, for those who might stumble in looking for photography. My edits/summaries of L.Q. continues.]

“…the Fall 2020 issue of Lapham’s Quarterly, explores the history of people joining together to form movements, governments, and communities from the ancient world through the present day.” (L.Q. email.)

Our story so far:

The Democracy Table of Contents are online, and similar is in Voices In Time. Numerous literary extracts are available FREE. The complete essays at the back are FREE also.

The main body of every issue is Voices In Time. In Democracy they are Revolution, Constitution, and Dissolution, which is defined in Oxford Languages as:
noun
1. the closing down or dismissal of an assembly, partnership, or official body. “the dissolution of their marriage”

Either of these seems appropriate for the Democracy theme.

I’m having trouble getting into this one. Pandemic lethargy perhaps. Replace democracy (constitutional republic) with what? I’ve been reminded recently of a quote I’ve heard before:

What does Lapham’s have to say?

18th century philosopher Rousseau (who died before losing his head over the French Revolution, unlike Robespierre) expounds:

“Let us add that there is no government so subject to civil war and internal strife as the democratic or popular kind, because there is none that tends so strongly and continually to change form, nor that requires more vigilance and courage in order to be maintained in its own.”

Harpo Marx offers a little levity in a 1900 anecdote about his father and grandfather voting two or three times on election day in Tammany Hall-ruled New York City.

“Nobody was concerned over the fact that Grandpa happened not to be a United States citizen, or that he couldn’t read or write English. He knew which side of the ballot to put his X on.” (p. 133)

“…what is the manner of tyranny’s coming into being? For it is pretty plain that it is transformed out of democracy.”
“Yes, Socrates, it is plain.”
“Does tyranny come from democracy in about the same manner as democracy from oligarchy?”

“And does the greediness for what democracy defines as good also dissolve it?”
“What do you say it defines that good to be?”
“Freedom,” I said. “For surely in a city under a democracy you would hear that this is the finest thing it has, and that for this reason it is the only regime worth living in for anyone who is by nature free.” (p. 135)

Might our most recent 4-year presidency have been the most tyrannical ever in American democracy? Just saying.

In 1941 Dorothy Thompson speculates on who might go Nazi:

“Kind, good, happy, gentlemanly, secure people never go Nazi. They may be the gentle philosopher whose name is in the blue book, or Bill from City College to whom democracy gave a chance to design airplanes—you’ll never make Nazis out of them. But the frustrated and humiliated intellectual, the rich and scared speculator, the spoiled son, the labor tyrant, the fellow who has achieved success by smelling out the wind of success—they would all go Nazi in a crisis.

Believe me, nice people don’t go Nazi. Their race, color, creed, or social condition is not the criterion. It is something in them.

Those who haven’t anything in them to tell them what they like and what they don’t— whether it is breeding, or happiness, or wisdom, or a code, however old-fashioned or however modern, go Nazi.”

Ms. Thompson has interesting notes about her:

“After heading the Berlin bureau of the New York Evening Post in the 1920s, Thompson interviewed Adolf Hitler on assignment for Cosmopolitan in 1931. “He is inconsequent and voluble, ill-poised, insecure,” she wrote, “the very prototype of the Little Man.” Three years later she became the first American journalist to be expelled from Germany by the Nazis. Thompson contributed this piece to Harper’s Magazine in 1941, five years after she began her widely syndicated On the Record column for the New York Herald Tribune.”

…Dorothy Thompson—who in a 1931 profile of Hitler asked whether he would come to power, “and if he does, will it make any difference?”—came back to the United States and began writing a popular newspaper column. “No people ever recognize their dictator in advance,” she wrote. “When our dictator turns up, you can depend on it that he will be one of the boys.” In 1939 Thompson was named second on Time’s list of America’s most influential women—Eleanor Roosevelt came in first.

Then there is Walter Karp from How Republics Die:

“It is one of the revealing curiosities of history that the founders of the American republic were none too sanguine about the viability of republican government. Some of them feared that the new republic might fall under the sway of a despot raised to power by the ignorant masses; others, that it might be subverted by an oligarchy of the privileged.” (p. 153)

Hmm. Déjà vu all over again?

“The democratic fallacy has been its preoccupation with the origin of government rather than with the processes and results. The democrat has always assumed that if political power could be derived in the right way, it would be beneficent. His whole attention has been on the source of power, since he is hypnotized by the belief that the great thing is to express the will of the people, first because expression is the highest interest of man, and second because the will is instinctively good. But no amount of regulation at the source of a river will completely control its behavior, and while democrats have been absorbed in trying to find a good mechanism for originating social power, that is to say, a good mechanism of voting and representation, they neglected almost every other interest of men. For no matter how power originates, the crucial interest is in how power is exercised. What determines the quality of civilization is the use made of power. And that use cannot be controlled at the source.” (p. 161-162)

Many more fine reads remain. I will spare you my reiteration.

This issue there are five full essays in the Further Remarks section. They are all free online and worth your indulgence.

Hiding In Plain Sight, by Graeber and Wengrow, argues that democracy is not necessarily an invention of western civilization, despite intermittent appearances in ancient Greece.

“As late as the eighteenth century, most European political thinkers considered democracy beyond the pale. American revolutionaries like John Adams [Quincy, MA, page 40] were openly against it. Only around 1800 did some start using the term democracy to relabel modern constitutional systems, which were actually designed to emulate the Roman Republic. In doing so, they created many of the conundrums we grapple with today, as when one part of the public identifies democracy with the “will of the people,” while another identifies it with institutional checks and balances on popular rule.” (p. 176)

Aye, there’s part of the rub, will of the people with checks and balances. Barely these days, it seems.

They cite intellectual conversations in the 1690s between Huron Indian Kandiaronk (Kondiaronk) and the French government in Canada at the time, including a Baron de Lahontan.

“Conservative thinkers would later place blame for the violent excesses of the French Revolution directly at the feet of The Jesuit Relations and texts such as those of Lahontan, which they claimed first introduced such infectious ideas into a stable, hierarchical social order.” (p. 177)

A more intriguing story is their tale of the Tlaxcala city-state, ‘a confederation of four small kingdoms’, and how they assisted Cortés in the overthrow of the massive Aztec Empire. It’s gripping and insightful.

William Hogeland expounds on Our Chief Danger, which I surmise includes a government ‘of the people, by the people, and for the people’. The Founding Fathers, forever hallowed be their name, were mostly wealthy and landed gentry, arguably protecting their own interests while expressing their altruism for their fellow Man.

““Our chief danger,” Randolph [Edward, governor of Virginia 1787] declared, “arises from the democratic parts of our constitutions.” None of the separate states’ constitutions, he said, had established “sufficient checks against the democracy.”

The room was full of political elites from around the country, painfully aware of recent advances against the interests of the wealthy by what Randolph called democracy.” (p. 190)

“…nobody more harshly disparaged what he labeled “democratical” schemes than [John] Adams himself.

What Adams meant is a government too susceptible to ordinary people’s influence.”

“Representation is what those men worried about—a representation too broad and inclusive, creating state legislatures too responsive to ordinary people’s wishes, not sufficiently protective of the well-off. That situation had to change.” (p. 191)

“…the famous “Virginia Plan” for national government—drafted by Madison, presented at the convention by Randolph, and endorsed tacitly by Washington—was influenced by Adams’ ideas for obstructing democracy. Adams’ hand can be seen especially clearly in Madison’s bicameral legislature, with a small upper house, not representative of the people, to check effects of representation in the lower house, and in the judiciary, appointed for life independently of both the legislature and the public.” (p. 195) 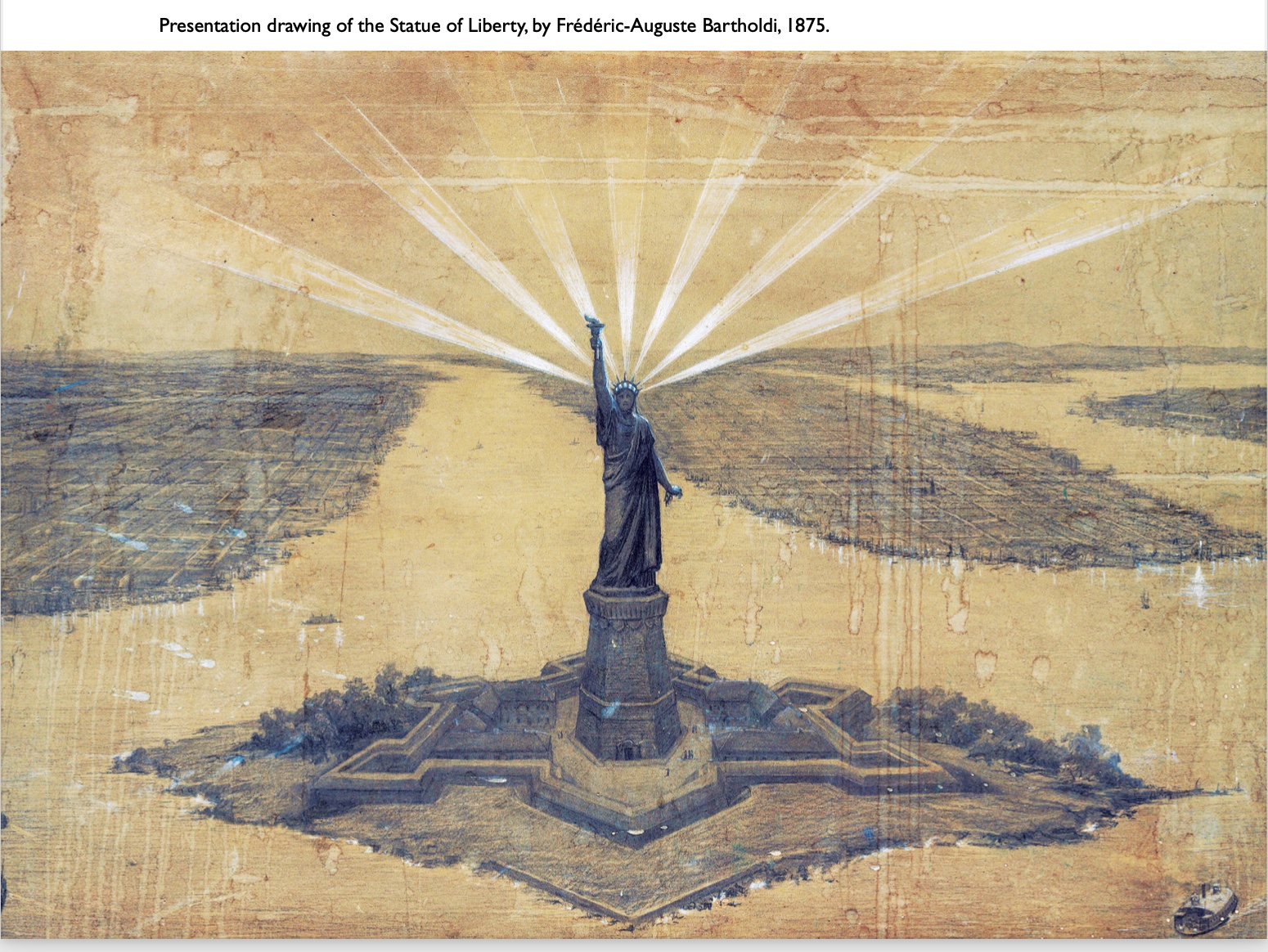 Well and good. What do we do now?

Thomas Geoghegan argues for more direct participation in national government. I admit that once upon a time I naively assumed that I didn’t need to follow national events tooo closely as I had some 535 or so representatives in Washington to do the job. It was shocking to see how easily they were steamrolled from 2016-2020. Per Geoghegan:

“One thing should be clear: more formal education is not the answer. Never have Americans had so much formal education, and almost half of white male college graduates turned over the country to a buffoon. To be sure, we need education. But it is education on the job.” (p. 213)

Personally I’m looking for middle ground. A LOT of middle ground. I don’t care for extremes or extremists, left, right, socialist progressives, ultra-conservatives. Middle ground. Not on the fence, can’t choose a side. I’m for a MIDDLE side.

The standard notes:
1. Since L.Q.’s inception with the Winter 2008 issue, its size is always 7″ x 10″ x 1/2-17/32″, it is white-covered, printed on high quality paper throughout, with richly printed reproductions of fine art from time immemorial, and 221 pages up to a page or two of addenda at the back.
2. Each issue contains extracts about the title topic from great authors and thinkers spanning all recorded history. It begins with an eloquent, to a fault, preamble/introduction by founder/editor Lewis Lapham. The main body is called Voices In Time and contains 3 or 4 subcategories of the issue’s theme, with about 25 extracts per section. Noteworthy sidebars, side quotes, and depictions of appropriate art from the ages are liberally distributed throughout. Several extended contemporary essays bring up the rear. There are other small sections every issue (Among the Contributors, Conversations, Miscellany, ‘The Graphic’).
3. Per the L.Q. website:
“Lapham’s Quarterly embodies the belief that history is the root of all education, scientific and literary as well as political and economic. Each issue addresses a topic of current interest and concern—war, religion, money, medicine, nature, crime—by bringing up to the microphone of the present the advice and counsel of the past.”
4. I encourage all to subscribe to this fine publication. It is a rich supplement to anyone’s reading.