[CATEGORIES: Literature, Lapham's Quarterly, Reading, Book Review] Oh. This IS nasty business. If you thought INTOXICATION (Winter 2013 issue) was an unpleasant topic "you ain't seen nothin' yet". Winter 2008: States Of War is Lewis Lapham's first issue and he pulls no punches. No tiptoeing into the public arena for this literary journal. Wasn't I … END_OF_DOCUMENT_TOKEN_TO_BE_REPLACED

No comments to add. This speaks for itself. [Categories: POLITICS, CONSERVATISM.]

Black Conservative Independent: The White Sheep of the Black Community

Many people believe that Affirmative Action is needed in today’s society, I myself think it is no longer relevant or needed. At one point in time is was a great idea and a much-needed concept, but now it has become more dangerous than helpful.

What is Affirmative Action:

Affirmative Action was a measure that the United States took to ensure equality for Black Americans back in the 60’s. It was signed into law by President John F. Kennedy as Executive Order 10925,and later revisited by President Lyndon B. Johnson, as Executive Order 11246. Affirmative Action has been expanded upon many times in order to cover other categories of people as well.

“Men and women of all races are born with the same range of abilities. But ability is not just the product of birth. Ability is stretched or stunted by the…

[Categories: VOTING, POLITICS, CONSERVATISM.] [Following is an email received from a California friend, critical thinker, and frustrated voter.  Feel free to reblog or email his message as you see fit.] Dear Voter  I have had an increasing sense that the Republican Party has moved dramatically left in my lifetime. They have become a Party that … END_OF_DOCUMENT_TOKEN_TO_BE_REPLACED

(Categories: ECONOMICS, DEBT, CREDIT) Sunrise or sunset on the economy? Keep an eye on your bank account. Through the labyrinth of internet blogging I came upon a post about Credit so well written that even I think I understand it, and that is something. A couple of excerpts: "The key to the proper use of … END_OF_DOCUMENT_TOKEN_TO_BE_REPLACED 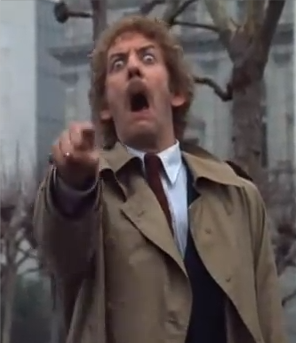 [Categories: POLITICS, Conservative Thought.] From the pages of the New York Times today: OP-ED CONTRIBUTOR Three Cheers for the Nanny State BY SARAH CONLY Give me a 32-ounce soda or give me death! Seriously? Or, copy and paste this URL into your browser: http://nyti.ms/16StHXh [Someone please advise if the links do not work.  The NYT is … END_OF_DOCUMENT_TOKEN_TO_BE_REPLACED

Here is a new op-ed by two people whose intellect and opinions I very highly respect.  I have read their book Free Market Revolution twice and I strongly recommend you read this 221-page book... carefully. OP-ED We Should Be Embarrassed by the Sequester Debate If you're concerned about economic growth the cuts are far too … END_OF_DOCUMENT_TOKEN_TO_BE_REPLACED

Well, I LIKE Sarah. Palin, that is. I just stumbled upon this news item about her speech at CPAC: Palin re-emerges to lash GOP establishment and Obama alike Lest I forget my conservative and evermore conservatarian roots I had to bring this up. I like Sarah's ability to stick in the proverbial, verbal, knife-sharp quip … END_OF_DOCUMENT_TOKEN_TO_BE_REPLACED

I'm playing catch-up on this one.  It is the favorite Quarterly of a scholarly, well-read friend.  Lewis Lapham waxes eloquent in his introductory preamble Kingdom Come.  A few excerpts: "President Obama appears before the congregations of the Democratic faithful as a man of sorrows acquainted with grief, cherishing the wounds of the American body politic … END_OF_DOCUMENT_TOKEN_TO_BE_REPLACED

SHAME on the Wall Street Journal for making the Payroll Tax item a front page, above the fold, near-banner headline: I may have to institute an official Donald Sutherland/1978 Invasion of the Body Snatchers SHAME AWARD for egregious (outstandingly bad; shocking) misrepresentation of facts to the public at large.  (See my previous post Gun control, Elisabeth Rosenthal, … END_OF_DOCUMENT_TOKEN_TO_BE_REPLACED

The WSJ Opinion Page has a good article on Obama's SOTU (State Of The Union) proposal to raise the minimum wage from $7.25 to $9.00 per hour.  It has facts (what a novel idea), but as a friend often reminds me, "don't confuse me with the facts".  I will try to confuse you anyway. The … END_OF_DOCUMENT_TOKEN_TO_BE_REPLACED

A fellow blogger I follow, conservative judging from her posts, recently posted this reference: Red brain, blue brain: Republicans & Democrats Process Risk Differently "A team of political scientists and neuroscientists has shown that liberals and conservatives use different parts of the brain when they make risky decisions, and these regions can be used to … END_OF_DOCUMENT_TOKEN_TO_BE_REPLACED

Obama's State of the Union Address, Minimum Wage, Marco Rubio, Immigration, Gun Control, oh my!  REALLY?! I could opine on conservative thought 3 times a day.  I definitely should opine more than 3 times a year.  If I have anything in life it is a surfeit (noun, an excessive amount of something) of opinions. I often … END_OF_DOCUMENT_TOKEN_TO_BE_REPLACED

The following was shared with me recently.  I suggest Democrats, Independents, and moderate Republicans DO NOT READ THIS. My apology to viewers looking for travel and photography.  I have a great skiing post planned for publication soon, looking at ski run tracking apps I've been using.  However I do like to mix it up. I … END_OF_DOCUMENT_TOKEN_TO_BE_REPLACED

Purely for my own education I've been collecting references for, about, and against gun control as I come across them.  I'm looking for facts, ma'am, just the facts.  This article grabbed my attention in my Sunday 01/06/2013 email edition from the New York Times: . . . . After reading it I thought the article … END_OF_DOCUMENT_TOKEN_TO_BE_REPLACED

False Idol: Barack Obama and the Continuing Cult of the Presidency [Kindle Edition] by Gene Healy, from Amazon. A friend often asks me something to the effect of "is our current president incompetent or does he have a strategy to grow government and weaken individual rights", to which I usually reply "yes", meaning all of the above. … END_OF_DOCUMENT_TOKEN_TO_BE_REPLACED

What can one say about this issue?  FINISHED!!  Timely as ever it arrived mid-September for the Oct.-Dec. quarter and in time to get some of it read before the Great Elections of 2012.  It still took me the entire quarter to read the mere 222 pages of this fine publication.  There is something about Politics … END_OF_DOCUMENT_TOKEN_TO_BE_REPLACED

Feel like a little reading?  Proceed. Have you had enough post-election analysis?  Here is a noteworthy one referred to me by a friend: Post-Mortem by Laura Hollis Points I thought were especially pertinent: ..."we are now at a place where there are legitimately fewer Americans who desire a free republic with a free people than there are … END_OF_DOCUMENT_TOKEN_TO_BE_REPLACED

Free Market Revolution: How Ayn Rand's Ideas Can End Big Government by Yaron Brook, Don Watkins This is an excellent book.  I approve its message. (It is presidential election season.) The book is a methodical, reasoned analysis of the self-inflicted big government altruism that is bankrupting us.  It offers logical steps to reclaim the good of free … END_OF_DOCUMENT_TOKEN_TO_BE_REPLACED

'REALLY' is a reference to my previous post Lewis Lapham gets political. in which I note Mr. Lapham makes some political comments in his introductory essay to the issue of Lapham's Quarterly Summer 2012: Magic Shows. I just received the Fall 2012 issue of Lapham's Quarterly and lo and behold, oh be joyful, the entire theme is POLITICS! … END_OF_DOCUMENT_TOKEN_TO_BE_REPLACED